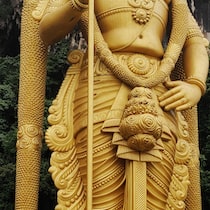 Sony and Huawei they are very close to the presentation of their two flagship devices. In fact, the two companies are about to present the new one Xperia XZ4 (as for Sony of course) and the new ones P30 and P30 Pro (regarding Huawei).

While waiting for these smartphones to be officially presented by their manufacturers, various rumors circulate on the net about the technical data sheet and many concepts concerning the design that will characterize them.

Xperia XZ4, P30 and P30 Pro: here are the concepts that appeared on the net

Let’s start by talking about the Sony home device, that is Xperia XZ4. The device that should be presented toearly 2019 it appeared in a photo that shows us its front side.

Rumors: PS5 price could be high as Sony struggles with expensive parts

If the Sony Xperia XZ4 looks like this, do you like it? ?
The advantage of 21: 9 is that it can display more content and perfectly display 21: 9 movies. pic.twitter.com/vruLP1FnAK

As you can see, the device is characterized by the presence of a display with a 21: 9 aspect ratio, therefore longer than the current displays in circulation. The diagonal of the same should be well 6.55 ″.

Other specifications tell us about the presence of a Qualcomm Snapdragon 855 SoC, 6 GB of RAM and 256 GB of storage. Back side which should be characterized by well 3 photographic lenses it’s a 3900 mAh battery.

Regarding the Huawei P30 and P30 Pro not much is known yet, except what could be the aesthetic side. In fact, two new photos have appeared on the net to show us how it should be built.

Looking at the photos published by the cover manufacturer Olixar we can see that the rumors that have emerged so far are confirmed. The In fact, Huawei P30 can boast 3 rear cameraswhile the P30 Pro will boast 4 rear lenses.