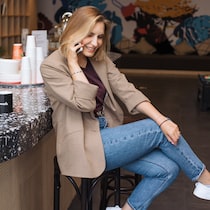 Call of Duty: WWII free for PlayStation Plus users from May 26

4K media is widely available nowadays, and YouTube is absolutely packed with it, thanks to the 4K cameras on smartphones and mirrorless cameras as well. Now, the platform allows more people to view content in 4K, with YouTube for Android that will be able to broadcast them regardless of the resolution of your display. In recent days, YouTube for Android has widely implemented the ability to view content at up to 4K resolutionif available, even if the display doesn’t offer that resolution natively.

Up to 2160p video across all displays

For the most part, smartphone displays are between 720p and 1440p, with YouTube previously limiting a video’s streaming resolution to that of the display itself. Now, YouTube for Android streams up to 2160p video across all displays. Pixel 4a and Pixel 5 with their 1080p displays, for example, now have the ability to stream 4K video. Two threads on Reddit show that this feature is spreading quite widely.

You can play as JJ Abrams in LEGO Star Wars: The Force Awakens

Of course, this doesn’t change the actual resolution of the display itself. Anyone who owns a 1080p display will continue to watch content effectively at that resolution. However, the streaming of the higher resolution content it will result in a bit sharper video on that display, although technically there is no difference in resolution. The difference will be harder to see on a small phone display than on a computer, but that’s nice Google offer users this option.

Image by Claudia Dewald from Pixabay