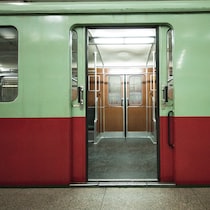 The opening gala of the Summer Game Fest 2022 also gave space to some of the news that will arrive at Xbox Game Pass in the coming months. During the presentation four names confirmed their incorporation: Humankind, Routine, Midnight Fight Express and Teenage Mutant Ninja Turtles: Shredder’s Revenge. Other games, such as Warhammer 40K: Darktide, had already greenlit their participation.

When will they come to Xbox Game Pass

The quartet is part of the grill of games that arrive at the service from launch day. The closest thing is the return of the turtles. Dotemu takes us to the afternoons of the nocilla sandwiches on June 16. A couple of months later, on August 23, Midnight Fight Express will do the same. We are talking about an action adventure with a top-down view that will take us through various sequences with a rifle in hand.

On November 4, El puerto de lahumanidad will be published, the latest work by Amplitude with the seal of SEGA. Turn-based strategy in which we can lead a civilization through history. The bad news ends in the last in discord. Routine, first-person survival horror, does not yet have an official release window.

The next season of the subscription is on Xbox & Bethesda Showcase 2022, scheduled for Sunday June 12 starting at 19:00 (CEST). The company promises to show “future releases on Xbox Game Pass”, in addition to all the news about the ecosystem, catalog and services.

We must go back to June 7 to see the latest wave of games joining the subscription in all modalities. Assassin’s Creed Origins led the pack after receiving the next-gen patch that bumped its performance up to 60 FPS. Joining him were Chorus, Disc Room and Spacelines from Far Out. Just as some enter, others leave. On June 15, Darkest Dungeon, Dungeons & Dragons: Dark Alliance, Greedfall, Limbo and Worms Rumble will say goodbye.

It’s official: The Xbox Series S will arrive for 299 Euros in Spain