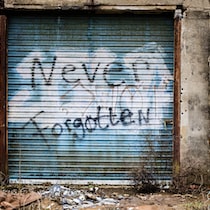 Of all Sony’s franchises, Killzone is probably the least deserving of a big screen adaptation. There is an immense fiction that drives the property, but this often stands in for one-dimensional clues like Rico, who would rather shout swear words than say anything worthwhile. As such, we’re pretty sure Guerrilla Games’ upcoming adventure A Helghastly Adventure is just one big joke.

Proof of this are the intentional misspellings in the Dutch developer’s blog post about the film, in which it is explained that Tim Burtun will be directing the film. Johnny Dep will take on the role of Ghoran, an insurgent who must help Killzone: Kellan, the protagonist of Shadowfall, to prevent the war against the Helghast. Helena Bonam Carter will play Halla, the lead’s “rogue Vektan accomplice.”

“It’s been hard to keep this a secret,” said game director Steven ter Heide. “It’s been so exciting, from casting the incredible talent of the puppeteers to seeing the first animated frames. “Bringing horror to the big screen is a momentous occasion for us.” Not surprisingly, the first trailer for the film is available on April 1. In fact, we can’t wait to see how far the company has come with this – the fake movie poster is pretty cool.

How to find out if robots will one day develop consciousness

World Braille Day, the system that revolutionized the world of the blind