The public game towards omnichannel strategy 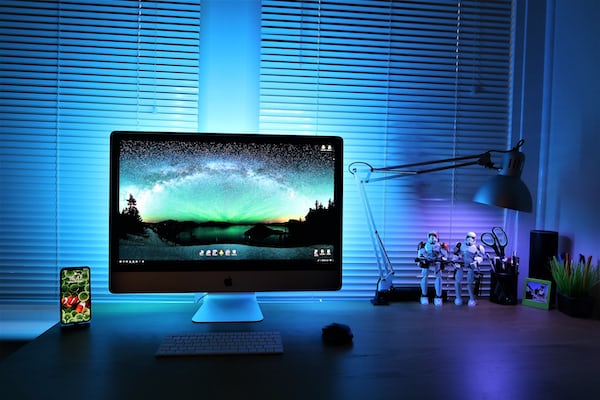 The public game towards omnichannel strategy

The world of legal public gaming is grappling with a real change, which started in recent years, with a boom in 2019, and then continued unabated in the past two years, namely that of the full health emergency: we are talking about the remote sector, which, even during the lockdown and closure imposed on physical rooms, has been a driving force for the entire sector, and has prevented its economic stalemate. This awareness has led the chain of gaming operators to aneed for reorganization general, in which technology plays a fundamental role in the necessary integration between terrestrial and online: in a nutshell, the omnichannel strategyor multichannel.

Before going into the possible ways of implementing this new vision of the game, it is good to start from the official numbers, to get a general idea of ​​the overall expenditure in the sector in the last period. In 2019, the online collection was 36.4 billion euros (+16 percent compared to 2018), while in October 2020 spending (i.e. the difference between winnings and stakes) reached 103.6 million euros (+57 percent). In 2021, in the face of an overall decline in spending and revenue (therefore both physical and online), remote gaming nevertheless held the ground, and this was affected by both the consequences of the pandemic for terrestrial offices and the greater return in winnings generated by the legal operators of the web. Even the Agimeg data on ADM source for February 2022 indicate a plus sign for online casinos, with a 3.3 percent more spending than last year.

Towards the multichannel: from customer experience to apps

In light of the above data it is possible to identify the future scenario on which the operators of the sector will move, which will certainly involve, even within the terrestrial offices, greater technological implementation and digital, unifying strategic marketing channels.

Also according to the recent paper of the I-Com Competitiveness Institute, the online and the offline will have to integrate to offer users a unique method of contact, capable of communicating and leveraging digital marketing, cashless and, perhaps – it is added – also on social channels.

Some experiences in this sense have already been launched by historic casinos such as those of Venice Ca ‘Noghera and Ca’ Vendramin Calergi and such as the Swiss Casinos: both, far from closing their physical offices, have in fact decided to invest also in the Internet and to land online, with the marketing potential that this allows, such as bonuses and promos, and with the support of renowned developers (such as Playtech and Novomatic, among others) whose contribution is fundamental, if not to be considered the best online ******, certainly to offer a smooth gaming experience and optimal graphics.

In this regard, the multichannel strategy also includes apps, given that users of digital casinos very often use mobile devices to access the game: in this case, efficient software is essential formobile optimizationbut some legal dealers, as in the case of Sisal, have also invested economic resources and skills in the development of official native apps, available for both iOS and Android operating systems.

Another important factor in the multi-channel perspective is also that relating to payment systems: web transactions in Italy exceeded the 50 billion euro threshold in 2020, and forecasts still see them as protagonists in the coming years. If the legal platforms with ADM license (Customs and Monopoly Agency), subjected to checks by the OdV (Verification Bodies), are safe in this sense, because they use payment systems such as PayPal or rechargeable cards, the cashless it could also be applied to physical devices, also guaranteeing a safety and control tool for activities.

Channel dolphins are exposed to a “cocktail” of toxic substances

Finally, in a new omnichannel approach, social networks cannot be missing, major protagonists of the digital revolution: according to the “Online ********” report, 75 percent of the games come from mobile devices, and the follow-up on the official pages of the operators has thousands, if not millions of followers, as in the case of PokerStars, with 2 million likes on Facebook, and Paddy Power, which has over 60,000 Twitter contacts. It is no coincidence that dealers are investing more and more in this type of marketing: there is talk of an average investment of 135 percent more, in the last six months of last year alone.