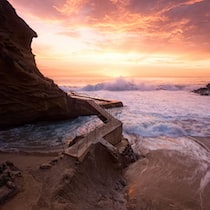 It seems that Samsung users are in luck, at least those of the Galaxy S22, as it has been possible to see how a Korean terminal is running a Beta version of OneUI 5.0, a version of the Samsung customization layer that is based on Android 13, an operating system that is still in its Beta phase.

As we can read in WCFTechnology, the firmware version of the terminal that is running this Beta version of Android 13 is S906NKSU2ZVF6, and although it is not a version that has reached Galaxy S22 users, it is the version that is currently running on one, so the chances that this version will be the one that reaches users are high.

Android: how to change DNS on your phone

For now, Samsung has not announced a release date for this program, but considering that we are at the end of June, a release date for July of this year is not far-fetched, although again, we do not know if it can be limited. regionally or if it arrives in an escalating manner.

In any case, it’s an interesting discovery, considering that the next version of Android is approaching at a relentless pace.

End of article. Tell us something in the Comments!

Technology and electronics lover. I have been playing with computer components almost since I could walk. I started working at Geeknetic after winning a contest on their forum on how to write hardware articles. Lover of drift, mechanics and photography. Feel free to leave a comment on my articles if you have any questions.