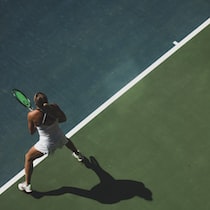 A partnership between Samsung and Microsoft will allow to carry Xbox Game Pass games to Samsung TVs. Samsung Game Hub now also includes games from the xbox subscription, which you can play without having to have a Microsoft console or a PC, directly from the compatible TV. In this way, Samsung is the first platform to include the Xbox application on its Smart TVs.

The app will allow play more than 100 titles included with the Xbox Game Pass subscription that you can play by streaming thanks to Tizen technology. Samsung assures us that thanks to this technology you can get a minimal latency with high-quality graphics that have been achieved by optimizing this technology for the brand’s smart televisions and monitors. The app is available at TVs of 2022 including high-end ones like Neo QLED 8K, Neo QLED 4K, QLED and Samsung Smart 2022 monitor series.

In addition to the Xbox app, Samsung also offers other Game Streaming services on its TVs. Among them we can find Google Stadia and NVIDIA GeForce Now. The Xbox app will be available on Samsung Game Hub starting June 30 in supported TVs and regions via software update. Don’t worry if your TV isn’t compatible though, it looks like you’ll be able to use it soon. with this new Microsoft HUB connected to your TV.