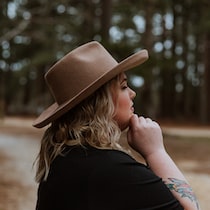 Pachter: Titanfall exclusivity due to industry thinking Xbox One would eat PS4’s lunch

Rise of the Tomb Raider isn’t coming out on the PlayStation 4, well not yet. In all likelihood, the version will launch on the Sony system about six months after the Xbox version rolls out in November, but the wait for fans of the franchise is still quite a long one. When asked if PlayStation gamers will receive compensation in the form of additional content, creative director Noah Hughes stated that he is sympathetic to the situation.

“Unfortunately, I can’t announce anything related to other platforms just yet, but I understand the question and sympathize with the situation,” he said in an interview on the official Square Enix forums. To be fair, the Japanese giant has been busy wrapping up its own timed exclusives – it announced that Final Fantasy VII Remake will release the first one on the PS4 to boot. The difference is that Final Fantasy Type-0 HD sold about 80 percent of its US launch copies on Sony’s system, so the fan base is already there.

Tomb Raider: Definitive Edition, on the other hand, has been the best performer in the PlayStation maker’s flagship format globally, and has traditionally been the best-seller in Europe, where the PS4 has a comfortable lead. Square Enix was most likely trying to back away from Uncharted 4: A Thiefs End when it struck this deal, but with Naughty Dog’s latest delay, it will now have to come face to face with Fallout 4. So the publisher is going to need Lara’s luck.

Rise of the Tomb Raider (PS4)

Black Fungus: Infection is increasingly on the rise in India