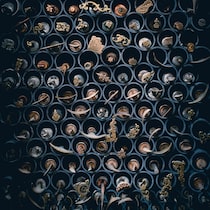 The Final Fantasy fanbase could be on PS4

Not too long ago, we asked you if there were more games you’d like to see remastered on the PlayStation 4, and quite a few of you said that with the right technical updates, you’d love to see a bunch of titles make the leap to next-gen.

So, you’ll be happy to hear that Dark Souls II: Scholar of the First Sin is going to look silky smooth on Sony’s newest console. Thanks to a recent take on the game, the US PlayStation Blog has confirmed that the adventure will take place at 60 frames per second, which, as you can imagine, apparently makes the brutal combat that much more responsive. Plus, the ever somber title will be displayed in 1080p, so you can see the detail of your shattered body when you hit the ground.

Dark matter DNA is of great importance for making rice

That’s not all, however, as the re-release will even change item placement and enemy behavior so that veteran players won’t be able to attack the game with their prior knowledge. Perhaps the scariest reveal, however, is that enemies will now follow you through the mist gates, which previously stopped their advance.

The masochists among you are probably jumping for twisted joy right now, but what do you think of the improvements? Are you willing to let From Software’s brave nightmarish creatures re-create? Build a bonfire in the comments section below.