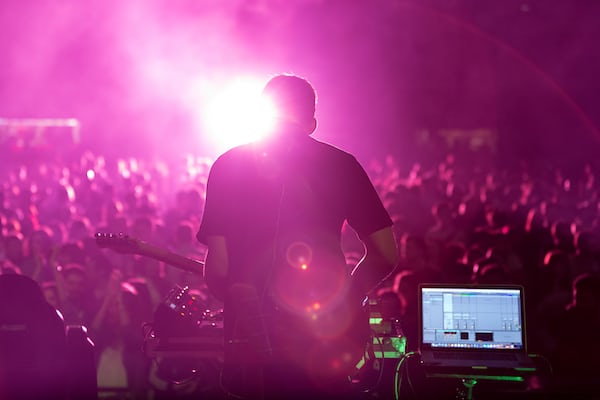 Oddworld: Soulstorm Enhanced Edition is the improved version of the title launched 7 months ago on PlayStation and PC, finally available also for Xbox. All owners of the previous release will be able to start the free update, while those who approach it for the first time will pay less than 40 euros.

The narrative starts from where we left off in 1998 with Oddworld: New’n ‘Tasty !, always centered on the character of Abethe young Mudokon freed from slavery, but still harnessed with the laces on his mouth that prevent a perfect gab.

The opening scene is one of impact, a running train is shown, headed for RaptureFarmschased by drones Sligwith Abe sitting peacefully in a carriage, whose gaze is captured by an object he holds in his hands. What kidnapped him so much?

Microsoft: It will soon be possible to give away games through the Xbox store

You will discover the answer to the question only by playing, in fact the immediately following interlude proposes a flashback to 12 hours first, the Mudokons went into hiding to celebrate the release from the Glukkon; while everyone is drinking and having fun, Abe is in conversation with the seer (who tries to get him to remove the laces), ready to warn him about a danger unfortunately closer than expected. Said and done, a few seconds pass before the explosionsand while another Mudokon injured is running by Abe to deliver the object we were talking about before, his task will be only one: to save your own tribe again.

The technical department of the improved version of Oddworld: Soultstorm is convincing, although we did notice some small slowdown / drop in frame rates, in the most agitated scenes. Incredible are the intermission scenesreal pieces of high-level graphics, accompanied by an excellent artistic direction that aims to involve the user a lot, provoking a sense of tenderness and understanding, towards a Abe bordering on the pathetic, but never yielding. There characterization of the characters is therefore very well done, being able to create such empathy is not a trivial matter.

In the game phases, however, the polygon count decreases considerably, but managing to guarantee an experience quite fluid and overall Great. What is missing is perhaps a major one definition and a detail more precise both in the character and in the few objects that we encounter during the adventure; the movements of the same are awkward and often unnatural, the animations could certainly be better.

The settings are quite varied, and their rendering is never stable, it varies in relation to the scene we encounter, we go from the engaging and precise interior of a cave, to move into ruins that have very little to say and textures that are too dirty. Localization is in Englishwith lyrics and subtitles in Italian; the dialogues are never trivial, if not to demonstrate the “mental” limitations of the species, with a soundtrack adequate to accompany the experience itself.

Oddworld: Soulstorm Enhanced Edition is a platform 2.5D horizontal scrolling, during which we will have to avoid enemies, tie them or burn them, facing often insurmountable obstacles. The Oddworld franchise has always been tied to the trial & error, and Soulstorm is no exception; over the fifteen levels that make up the adventure (for a longevity of approx 20 hours), you will die a lot, you will find yourself trying the same section over and over again, as even the slightest movement can make a difference.

The level design is undoubtedly masterful, excellent organization and architecture of the stages, with shortcuts and different approaches for a greater variety in the experience. There is no shortage of hidden areas, where to recover lost life, speakers from which to steal materials or to break to discover their contents. The backtracking it is null, as it is not possible to return to the previous levels once they are finished; on the contrary the replayability it could be an aspect that should not be underestimated.

Oddworld: Soulstorm Enhanced Edition has final four different, all related to number of companions that you will be able to save at the end of each level; do not forget, in fact, that you are running away, and the quantity will lead to a unique final scene of its kind. Here then is that the developers push you to retrace your steps to improve yourself even more, and find out how the game could end.

During the adventure you can collect objects (some stolen by bound enemies), for a system of crafting very simple, although it is quite equipped with recipes and building materials (such as mines, Molotov cocktails, flares, smoke grenades and the like). In the version improved a Challenge modeset in the Vykkers Labs on Xbox, which will only unlock upon completion of the main story.

The gameplay it represents perhaps the most negative aspect, as it is too cumbersome and not always precise; in a title based on the trial & erroror in which the same sections will be tried again and again, since they require quick reflexes, correct timing and a small dose of luck (as well as a lot of patience), the precision it is very important. In Oddworld: Soultstorm is missing, although the developers have managed to improve it with the Enhanced Edition and with the current chapter, which saw the introduction of the double jump.

Xbox One X, replacing the Seagate hard drive may void the warranty

Artificial intelligence is just Discreteon certain occasions we have noticed the enemies get stuck in specific areas, without offering the possibility to move, with the only solution of let yourself die, hoping not to find themselves in the same situation. These were the main flaws of the raw experience, for the rest there patience and the stubbornness in wanting to overcome specific areas must be innate in the user he will throw himself into Oddworld: Soultstorm Enhanced Edition.

In conclusion it is a title that we can recommend to lovers of platform game behind which you spend hours repeating the same sequences, trying to find the right solution to overcome them without dying. It’s not the classic light-hearted game, but we already knew that. There Enhanced Edition clearly has improved heavily experience, with many tricks in gameplay, in the accuracy and behavior of the followers; perfection is still far away, but we can consider it closer to what were expectations, compared to the version launched 7 months ago. Net of some small slowdown in the frame rate, it also fully satisfies the appearance graphicwith sufficient detail and sharpness, topped off with truly beautiful cutscenes.

Buy on the Microsoft Store