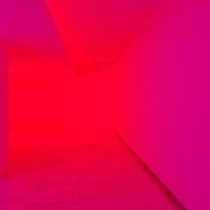 The developer Auroch Digital and the publisher The Irregular Corporation they sent us a PS4 copy of their interesting Mars Horizon. The game was made in collaboration with the European Space Agency (ESA) e the British Space Agency. Basically it is about a simulation and strategy game in which the player must be at the helm of one of the five Space Agencies in the world: ESA, China, Russia, Japan and NASA representing the United States. The ultimate goal is lead humanity to the conquest of Mars and overwhelm the other agencies line by line, what is called the “Space Race” in jargon.

It is about a title with a reasoned but never complex gameplay which leads to a relaxing experience in which we are asked to finance scientific research, build rockets and progress through the Solar System. In the early stages, a long tutorial will guide us towards the first space exploration missions, but the avalanche of information to be assimilated could scare the less accustomed to the genre. For our part we can tell you that after the first few minutes of panic you immediately take your hand and everything is very fluid and intuitive and never frustrating, even if you have never played similar titles and you are not an expert in rockets, probes, space agencies and so on.

The first thing to do is to choose the Space Agency that suits us best or create our own through a special editor. Once you have selected the agency and passed the tutorial we will immediately immerse ourselves in a series of activities to be carried out. We will have to familiarize ourselves with the rocket construction to send probes, rovers, humans or animals into space, expand our base with new facilities And acquire new technology with the loans that will gradually replenish our coffers. We will therefore spend all the time in front of the various screens advancing from month to month, planning the launches of our rockets and trying to meet the requirements of the various missions that we will collect planet after planet.

As we explore the various planets of the Solar System and carry out our missions there will be the other competing nations who will try to finish first in this “Space Race”. Their hunger for competition will increase depending on the difficulty level chosen at the start of the match, of course for the less experienced it is recommended to start with the easiest so as to enjoy the experience in total relaxation without the pressure of other agencies. On the contrary for the most competitive in the more advanced difficulty levels they will have to use all their strategy to face the fierce rival nations. It all depends on how you want to deal with it Mars Horizonat the complete discretion of the player.

As a director of a space agency it will be necessary also take care of public relations and relations with rival nations. In fact, between one mission and another it will happen that we have to praise our enemies in front of the press or simply take sides when we will be asked a certain question. We can also discredit the other agencies, but if we do not maintain good relations with everyone we may come across malus in the statistics that will make it difficult to finish some missions.

In order to complete the various missions it will be necessary for most of the time to learn new technologies. This includes rocket and probe materials, new structures for our base, but most of all the technology to tackle certain missions. Each planet will give us the opportunity to tackle various activities, but financing the right projects is essential to be able to carry them out. So it’s about financing, purchasing, building and scheduling the launches. The first test runs will be enough to immediately enter the optics, moreover the construction takes place automatically, we will only have to choose the pieces we want.

Furthermore, these will be selected according to the load we have to carry reliability, cost and production time must also be evaluated. Reducing the months that separate us from an opponent’s launch is essential to win the “Space Race”, but this can make us risk failing a launch due to too low a reliability rate. As well as you have to keep an eye on our funds since they will be replenished only after a certain number of months. Reliability of course it also changes based on the bonuses of the structures built in our base which will expand more and more. A bonus can also give us the good weather, but if the weather is not in our favor we will receive a penalty at launch that could ruin our plans. In this case, it is enough to postpone the departure, but the rival nations could take advantage of it.

Progress in the game then proceeds fluid and shipped and this is the strength of Mars Horizon. The actions will always be the same, but the will to explore the Solar System and reach Mars, to advance technologically and achieve more and more goals, it can really become a drug, and everything will take place dynamically without too many complications. There are just gods to alternate this flow small mini-games during probe launches. It is about simple logic puzzles in which we will have to transmit or acquire databut nothing too complicated.

In conclusion Mars Horizon proposes really minimal graphics for those few animations that we see on screen, opting for a very cartoon style. For the rest we will find ourselves in front of the main interface and the various game screens. The audio sector instead, offers only ambient sounds that perfectly accompany the relaxing experience of the game.

Mars Horizon stands as a relaxing title, a mix between management and strategic that never attacks the playerbut accompanies it with a well-balanced difficulty and not too complex mechanisms that they are learned immediately after the first minutes of the game. Progress in space exploration is never boring indeed, advancing technologically and exploring the various planets of the Solar System can become a drug indeed. The only question is whether a niche title like Mars Horizon will manage to earn its place in today’s gaming industry. For our part, we would like to encourage you to try it if you want to experience something new or even just for expand your horizons in space and science in a fun way.

Buy it on PlayStation Store