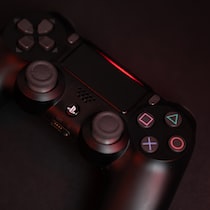 One shot, one kill

One would think that the next Hitman would be the typical sequel, innovating on what the last game did well and improving on what it failed to deliver. However, the sixth game in the long-running franchise is simply titled “Hitman,” which appears to be some sort of soft reset for Agent 47 on December 8, 2015.

Creative Director Christian Elverdam on the PlayStation Blog says that this title will be a pure killer experience, combining the best attributes of each Hitman game to create a world of Contracts to fulfill and objectives to kill, with “levels are substantially larger and more complex than Hitman: Absolution.” It appears to be a game that will not only be a full-fledged title at launch, but will continue to release “new locations, new objectives, and new challenges for people to enjoy together” long after release. And with the PlayStation 4, players will have access to six unique contracts to sweeten the deal.

The cinematic trailer is rather ambiguous, but visually stunning, however it shows Agent 47 taking out various targets in different ways, which could hint that players will also be able to take them down in-game. Do you think this could be a Hitman game that takes full advantage of the PlayStation 4? What kind of contracts would you like to complete? Finish the mission in the comments section below.

New Year: origins and customs of one of the most popular holidays