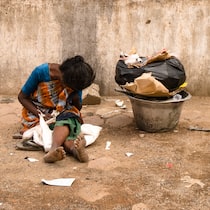 It releases almost a year later than we expected, but the DriveClub, the Evolution Studios pilot, will finally start its engine on October 7th in North America and October 8th in Europe. The date was confirmed as part of a new trailer, which we have to admit looks extraordinary. Granted, it may not be strictly gameplay footage, but if that’s really all there is to the engine, then this is going to be something pretty special.

Writing candidly on the PlayStation Blog, Worldwide Studios President Shuhei Yoshida explained why the release has taken so long. “We plan to have the game ready for early 2014, and we are committed to delivering on our ambitious promise to create a truly innovative and socially connected racing game,” he said. “The problem with being ambitious is that you have to be prepared to accept that there will be challenges along the way.”

The affable executive added that because the title’s connected features are beyond anything that has been done before, the studio needed more time to properly realize its vision. “We are so proud of the incredible work the team has done – their tenacity and passionate pursuit of excellence is admirable, and DriveClub will be all the better for it,” he continued, promising more information will be revealed tomorrow.

Elsewhere, the likeable luminary confirmed that MotorStorm RC director Paul Rustchynsky has been in charge of the project since February 2014, following the departure of Colonel Rodgers due to family illness. “With Rushy at the helm, we know that DriveClub will deliver on its early promise of being a true next-gen racing title for our PS4 portfolio,” he concluded. We don’t know about you, but that trailer has lit up our headlights.

Iliad launches Flash 150: this is what the super rate includes

Very Mobile launches Very Xmas: all the details of the new Christmas rate