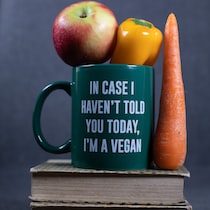 Apple releases the second beta of iOS 13 for developers

For several weeks now we have been talking about the possible release of a brand new Apple TV. In the past few hours, well-known leaker Jon Prosser confirmed what everyone was rumoring, a new model of the device is about to hit the market. Here are all the details about it.

The Apple TV has not been updated since 2017. The 4K version currently on the market is available in the two sizes of 32 GB and 64 GB and features the A10X chip. While the latter is powerful enough for most operations, it isn’t powerful enough to hold up some elaborate video games. It is for this reason that Cupertino must remedy. Let’s find out what will be the main innovations of the new model.

iPhone dominates: 7 of the 10 best-selling smartphones in 2021 were created by Apple

The colossus of the bitten apple has launched its own video game platform, Arcade, in recent months. An updated Apple TV would surely entice fans of the company to sign up for a subscription. According to what was declared by the leaker, the new model will be equipped with the very powerful A12X chip, the same as iPad Pro 2018. This will guarantee performance clearly superior to that of the current generation. Furthermore, the memory cuts will be doubled. We will start from a base of 64 GBand then get to 128 GB. At the moment, we don’t know if there will be any other news.

Apple: the Netflix of video games could arrive very soon

Jon Prosser is convinced that the company will release the product in the coming days via a press release. The code name of the device is Neptune T1125. The price will remain in line with that of the current generation. Look forward to any updates in this regard.