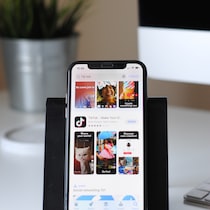 How to hide applications on an Android mobile: all the available methods

The upcoming beta 3 version of Android 13 will bring official and native support for braille displays. We tell you all the details.

Google has been working on the accessibility section of its operating system for several years, seeking to be as inclusive as possible and allowing all types of users to use Android without any problem and in the most comfortable way.

The work of the American company at the time of integrating support for people with special needs has been sublime, and today it seeks to extend it even further, with support for a need that will give life to many users.

The 8 best investing apps for Android and iOS

In Android 12 we also had the inclusion of Camera Switches, which allowed gesture control and navigation of the operating system using facial gestures, which was welcomed by the community with open arms.

And now, for Android 13, it will have native support for braille displays. This can be tested from the third beta of Android 13, which should be released in the coming weeks, and will allow those companies that have devices adapted for the blind to use the operating system natively on them.

These braille displays could be used as long as we had Google’s TalkBack installed and companies added support through third-party apps. As of Android 13, it will not be necessary either.

The first beta of Android 13 for the Google Pixel is now available: list of news and changes

“A refreshable braille display is an electromechanical device that creates braille patterns by passing rounded pins through holes in a flat surface. Braille-literate computer users use the braille display to read braille dots that represent text by touch. tell us on the official Google blog.

The good thing about this support is that people with deafblindness, who cannot rely on audio signals, will be able to make use of this extension of braille support which would offer them immense help in the daily use of their Android smartphones.

Qualcomm to launch its own line of Android gaming phones

The inclusion of native support for braille displays. It was mentioned during Google I/O 2022 as a feature to be developed in the future and that it would be in testing soon, and it seems that the great acceptance it has had has made Google speed up the process a bit.

Everything that has to do with adding improvements and making life more comfortable for people with special needs is good news, since a change of this style in the Android code will make it available to all companies, so the range will be huge.