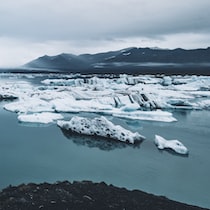 How to take HDR photos with the iPhone camera

Apple’s operating system was updated a few days ago, thanks to iOS 15.5, and as always, this is the moment when things can go according to plan, or on the contrary arrive with problems. These often translate into a drastic reduction in autonomy, and therefore in greater energy consumption. Today we echo an interesting test that has measured how some of the iPhones behave with this new update, in order to check to what extent this update can affect the battery of the iPhone.

Specifically, this new version has been tested on the iPhone SE, iPhone 6S, iPhone 7, iPhone 8, iPhone XR, iPhone 11, iPhone 12 and iPhone 13. All of them undergo a battery test, which allows comparing in which extent this upgrade affects your autonomy. As is evident, it is the smaller and older models that last the least, as is the case with the first iPhone SE, which in just two and a half hours is already about to run out of battery. But the most striking thing is that the iPhone 13, the most modern of the Californian firm, is that its autonomy is enormous compared to other phones.

Especially when we compare it with its predecessor, the iPhone 12, with a battery life of 5 hours and 48 minutes, while the iPhone 13 has had a battery life of no less than 8 hours and 28 minutes. And in all cases with the same software and the same battery test. The conclusion is that the latest version of iOS improves the autonomy of these Apple mobiles, so far from causing problems in this regard, Apple would have managed to improve performance. Without a doubt, the great autonomy of the iPhone 13 is striking, despite the fact that it does not have a particularly larger battery than that of its predecessors.

Send fake WhatsApp location: how to do it on iPhone and Android

Perhaps the difference in consumption is explained by the processor, the Apple A15 Bionic, which could be much more efficient than the A14 and therefore needs less energy to work than the rest of the models. And it is that this is an aspect that many times we do not give the importance that it really has. And it is that the processor is the component next to the screen that can consume the most energy. Therefore, the better the technology behind the processor, the greater the power savings as well.

And for the rest, it is still curious to what extent the autonomy of phones has improved over the years and the arrival of much more efficient manufacturing technologies. So everything indicates that if you have a recent iPhone, you can enjoy great autonomy, much higher than that offered by its predecessors, which are especially deficient in this aspect. In any case, it is something that changes with each update, and it is usually one of the key aspects of the improvements in these.