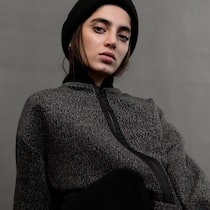 MotoX Style super Amazon offer for the end of the year!

There are currently tears running down this editor’s cheek. We’ve waited eight long years for Final Fantasy XV – formerly called Final Fantasy Versus XIII – but we could be months away from a demo being released. A Game Informer article now posted says that those who purchase Final Fantasy Type 0 HD on March 17 – yes, the new tidbit too – will receive a coupon to download a sampler of the long-awaited mainline sequel.

We’re assuming this is a Tokyo Game Show related story where the plug was pulled a bit early. Still, the speculation is expected to be confirmed or denied in the coming days. If this turns out to be true, we’re going to spend the rest of the week partying in the street. You are more than welcome to join us.

Fantasy football: it could have negative effects on our body