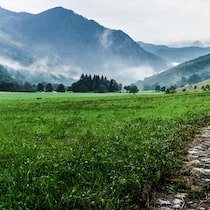 Here’s a nice Christmas present for you: Uncharted 4: A Thiefs End has been delayed yet again on the PlayStation 4. The exclusive was originally scheduled for release in late 2015, before it was pushed to 2016, and now has been further reduced.

The upcoming blockbuster had previously been set with a March 18, 2016 release date in both Europe and North America, but has now been pushed back to April 26, 27, and 29 in North America, Europe, and the UK, respectively. . We don’t know exactly why we islanders received it two days after its mainland-wide release, but hey, what can you do?

According to Naughty Dog, the delay is due to the studio wanting to put the finishing touches on “several key sequences.” We think that at this point there is no doubt that the title has undergone a relatively troubled development cycle, but as long as the final product lives up to our lofty expectations, we’ll be happy.