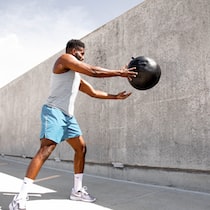 Who was more or less surprised to see Thermaltake’s Level 10, with which they celebrated their tenth anniversary. A box designed jointly with the design department of BMW USA whose price is still around 500 Euros today.

Now Thermaltake takes advantage of the pull of this design to launch something cheaper, almost half the price of the original, and also more functional but that loses part of the essence of the original Level 10, such as the separation of zones and the stratospheric dimensions of the original.

If other aspects are improved, such as the ease and diversity of assembly and other features are added such as USB 3.0 connectivity as well as a much higher capacity in terms of dissipation.

The Earth is flat: a YouTuber proves it with a video and a level

The box will cost approximately 250 Euros and we will be able to see it very soon in stores.