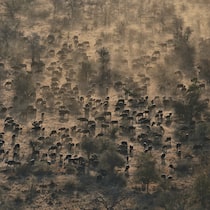 The Xbox & Bethesda Games Showcase 2022 conference this Sunday, which will be held jointly by Microsoft and Bethesda, promises to leave us with a good number of announcements, including some news related to the Xbox Game Pass catalog. However, those from Redmond did not want to wait until then to leave us with some indications of what we can expect from the service.

So they just revealed a partnership with Samsung to bring the Xbox app to your Smart TVs, so anyone can enjoy Xbox Cloud Gaming games without needing a console to do so. It will only be necessary to be subscribed to Xbox Game Pass Ultimate.

In the following video posted by Tom Warren of The Verge, you can see what it looks like:

It will be from June 30 when owners of such a television will be able to access the application from Samsung Gaming Hub. It will be enough to log in with the Microsoft account, connect a Bluetooth controller and play any of the titles that are part of the library, although it will also allow access to other free ones, such as Fortnite.

In addition, in its intention to make Xbox Cloud Gaming more important worldwide, as of today it is available in Argentina and New Zealand. And it won’t all be there, because soon Microsoft Edge will be updated to incorporate a home page with news, game guides, upcoming releases and much more related to Xbox Cloud Gaming, in addition to offering quick access to your Cloud game library.