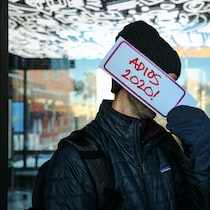 In the absence of being able to make the leap to the new generation of consoles, Microsoft seems to be working so that its new titles continue to reach its players through other methods such as streaming, reinforcing its xCloud cloud gaming service, now renamed as Xbox GamePass Ultimate.

And it is that to a certain extent xCloud seeks to catch up with Stadia and GeForce NOW in resolution support. Until now, Microsoft’s game streaming service had been flagged for its 720p cap to be more efficient on bandwidth and performance, but unfortunately, that also meant games couldn’t be enjoyed beyond fairly fair average resolutions. , far from the experience that players are looking for today.

However, it seems that Microsoft would finally be looking to put an end to this small disadvantage, since as Windows Central has since shared, the Xbox team would already be finalizing the tests to incorporate this update up to 1080p.

A leap that could be due to the generational leap of its consoles, which despite the current lack of stock for users, could be destined to migrate the xCloud platform from the current Xbox One to the notably more powerful Xbox Series X. Something that again repeats it. It would explain why the company would have anticipated a shortage of units until the middle of this year. And it is that in addition to having enjoyed one of the best launches in its history, Microsoft could be excusing its lack of stock in the also present shortage of PS5.

scoop: Here’s a look at Microsoft’s unreleased xCloud app for Windows. This app allows you to stream Xbox games from an Xbox Series X/S console or from xCloud. Full details here: https://t.co/ymyjQDmaeH pic.twitter.com/V3U3PXe7LO

That said, this is not the only expected change. And it is that another of the great updates that is yet to come is xCloud compatibility for Windows PCs. A really important leap considering the large number of personal computers with existing Windows operating systems.

The service can run on desktops, laptops, or mini PCs. of almost any performance, as long as they have a decent internet connection. To access the service, users can use the Xbox app itself or the web browser of their choice. Although it will also be compatible with ARM-based Windows devices, such as Microsoft’s Surface Pro X; as well as providing support for touchscreen controls and gyroscopic sensors.

This is what Streaming Killzone 3 looks like using PlayStation now

On the other hand, everything indicates that xCloud and Xbox Game Pass Ultimate will also be available for iOS, another very important platform to cover, although at the moment there is no news about its possible arrival on MacOS. As expected, and to save App Store policies, Microsoft has chosen to run it in browsers without a dedicated app.