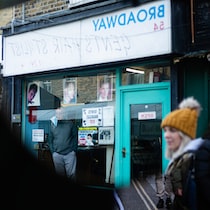 The next update of Windows 10 should arrive during the month and will bring several new features and improvements. The patch will introduce new features for the Task Manager, offer new download throttling options for updates, and make some changes to Cortana. The May update will also include new sign-in options for Windows Hello.

The new update for Windows 10 (known as version 2004) has already been released for Windows Insiders on Slow Ring as well to be tested before launch. Via Windows Latest, we found that testing revealed an implementation that PC users with older hardware they will certainly appreciate it. In fact, it seems that Microsoft is making changes with the next patch that it will make Windows 10 faster on some computers.

Windows 10, here’s how the update will affect our computers

So who does not have an SSD on your laptop or desktop computer, probably the new Windows 10 update it will help speed up your hardware. Windows Latest testing has shown that the May 2020 update will offer a faster overall experience on a range of different hardware configurations.

On the contrary, it seems that those who have the most recent SSD hard drives installed on their computer “will hardly notice significant improvements”. This is because SSDs have loading times compared to classic HDDs already significantly reduced.

Buy Avengers on Current-Gen, Get a Free PS5 or Xbox Series X Update

The new Windows 10 update was announced close to recent nightmare update which has caused quite a few problems for users. Released on April 14, patch KB4549951 was supposed to make some security fixes to the operating system. In reverse, the update has wreaked havoc with error screens, deletion of important files and system crashes.

Microsoft is currently investigating the issues constantly reviewing customer feedback and closely monitoring the situation. The Redmond-based tech giant asked customers who experienced problems with continue to report them via the dedicated feedback hub.