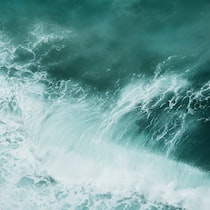 The Wiko View 4 is the new low-end smartphone designed by the French company, and created precisely for users who are looking for a device cheapwith decent performance, but characterized by a drums nothing short of enviable, as well as almost one of a kind.

Aesthetically the Wiko View 4 it does not differ particularly from what was seen with the View 3, the dimensions are usual generous (165.7 x 75.8 x 8.85 mm thick) with a weight of only 180 grams. Unlike the latest tops weighing over 200 grams, we can confirm that it is easily transportable in the trouser pocket or in a bag, without causing particular discomfort; even when used with one hand it will not weigh you down and will not tire you beforehand.

MacBook Pro 2016: Battery test to be redone due to Safari Browser

The shell is made entirely of plastic, excellent reflections in the back and the chromatic contrast with the edge, despite the fact that some creaking too much is heard, not offering the consumer the safety and robustness that other devices are able to guarantee. On the left side we find the key for theGoogle assistant, knurled and very pleasant to the touch, flanked by the trolley for the SIM; the jack from 3.5mm for headphones, while on the right side the volume and power buttons stand out. The connection to the PC or to the wall socket can be made through the connector microUSB placed in the lower part, flanked by thespeaker mono (no sound is emitted from the ear capsule).

Acer Jade S, 8 cores and 64 bits for the mid-range smartphone

The Wiko View 4 has a display IPS LCD from 6.52 in with resolution 1600 x 752 pixels269 ppi and aspect ratio 20: 9. The latter gives it a greater width than other devices in 19: 9 or 18: 9, which in part leads users with smaller hands to struggle slightly in reaching the most “remote” areas of the device. The quality of the panel is in line with the expectations and the range of pricethe colors are good and perfectly respected, if we really noticed one lower brightness compared to other displays, but all this makes it easier and more appreciated to use in direct sunlight. The notch drip can be removed from the software settings, the choice of integrating the notification led (customizable with various color assignments), component almost disappeared in the devices marketed in the last period.

The processor and the MediaTek Helio A25 MT6762D, 64-bit, octa-core with clock frequency fixed at 1.8GHz, flanked by a IMG PowerVR GE8320 GPU and alone 3GB of RAM. Wiko continues on the path taken with the models of previous years, continuing to rely on the cheaper MediaTek, compared to the performing and energy-intensive Qualcomm. The results are decent, we did not notice any problems in gaming with Asphalt 9 (it does not heat up absolutely despite intense sessions), but it is quite slow in everyday use, as well as in opening applications (almost 2 minutes are needed to start Asphalt).

AND’ absent the sensor for fingerprints, this means that the only way to unlock the device will be the recognition of the 2D face. It is not as safe as the 3D of a Huawei Mate 30 Pro, however it is able to recognize the face of the registered user 9 times out of 10 without difficulty, even in low ambient light. The unlock it is slightly slow, like the whole device, but a 159 euros there can be.

Kodak Ektra, here is the smartphone that looks like a camera from the 40s

Conclude the technical specifications 64GB internal memory (expandable up to 256GB with microSD), 4G + connectivity up to 300Mbps in download, bluetooth 4.2, audio jack 3.5mm, GPS, FM Radio e WiFi b / g / n monoband, the NFC chip is missing. As specified above, theaudio is mono, the sound comes out only from the speaker placed in the lower edge, the general quality is average; the high frequencies are slightly distorted, but it is still very powerful.

The Wiko View 4 integrates 3 cameras rear, aligned vertically on the left side of the body and perfectly set inside it, i.e. they do not appear to be in relief. These consist of one principal from 13 megapixelsFrom one wide angle from 5 megapixelsending with the classic bokeh effect from 2 megapixels.

In bright conditions, such as outdoors on sunny days, the overall quality is slightly superior at the average of devices in the same price range. THE details they are sufficiently precise, as well as the colors reproduced quite faithfully; also by activating artificial intelligence we do not attend to the creation of “artificial” shots.

By decreasing the ambient light, the limits of the device rise, in fact a minimum reduction is enough images turn out to be too noisy, with colors not always perfectly respected. The other note to report concerns the quality sensor wide angle; it is known to all intents and purposes always “poorer” than the main one, in this case we notice one big difference even in the colors reproduced in all light conditions, the wide angle tends to discolour the images, compared to normal reproductions (but they are still acceptable).

iPhone: how long should you charge the iOS device for the first time | apple | Smartphones | Battery | Technology | Tutorials | nothing | nnni | | DATA

THE video are made to the maximum in FullHD to 30fpstherefore the 4K and the stabilizer optical. The limitation marks a point in favor of moving between the various sensors during recording, the user will be able to move between main and wide angle without having to interrupt it or reduce the general quality. The result obtained is good, always in line with the expectation for the price range, even if the absence of optical stabilization is slightly felt.

Frontally we find a sensor from 8 megapixelsthe shots are sufficiently detailed, as usual it is slightly in difficulty when we reduce the ambient brightness, despite this the bokeh effects and the resulting images are more than enough.

The operating system is Android 10 updated to patches of January 2020 (at the time of writing, May 18, 2020), the user who will purchase the Wiko View 4 you will find an almost version before stock of Android, thus being able to take advantage of gestures (such as the activation of Google Assistant from the corners of the display) and of all the original features (with its strengths and weaknesses) of the Google home system.

The only customizations introduced by the company concern the so-called Wiko functionsa section from which you can set the color of the notification LED, hide the notch, modify some gestures, activate the dark theme, one-handed navigation or opt for the now ubiquitous game mode.

Palm will return to the smartphone market this year

The plus of the device is certainly the drumsa monstrous component from 5000mAh absolutely able to convince users with a durability almost infinite. Basically the component is very large, but the duration is improved by the integration of a display and a processor not too energy-intensive; considering normal use of the device, they can also be reached safely Three days without resorting to the wall socket, if instead days will follow stress and intense gaming sessions, you will not exceed the 48 hours of continuous use.

Below you will find ours video review and the final score of Wiko View 4.