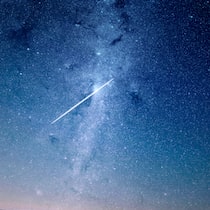 Beware of the new scam that affects Android

What will be the best Android apps that will accompany the New Year’s Eve? The number of applications is growing and with it also the requests for increasingly valid and functional products. Let’s find out together the best applications Android to start this 2016 in the name of the digital lifestyle.

After the best Christmas Android applications for smartphones and smartwatches, we turn our attention to a more generic panorama in the field of applications, putting in place a complete list of best android apps that will accompany us throughout the new year.

In addition to the intentions regarding diets and a healthy and balanced lifestyle, we have been supporting, for some years now, some resolutions that affect our digital life within smart environments. If this year you have decided to make a change of course, now is the best time. Choose the best Android apps 2016 right now.

Spotify optimizes its interface for Android tablets and Chromebooks

Spring messaging application capable of recovering information about unknown and unwanted contacts proceeding with their timely blocking through automatic transcription in the black-list. No unwanted SMS will disturb your day anymore.

Create custom filters, identify senders and block unwanted contacts. Also for dual-sim smartphones. You can download it by following the link indicated here.

Hello is the app made by the creators of Facebook Messenger thanks to which it is possible to combine the information on your phone about your contacts with the information Facebook so as to create a complete profile.

This will let you know who called even if you don’t have his number and then block unwanted contacts by automatically blacklisting them. Furthermore, based on user feedback, calls from annoyances and unwanted services are blocked without asking for your intervention.

You can update and change information about your contacts or external contacts by switching between applications in the blink of an eye and to contactpossibly, the user through free calls and SMS with Messenger. Download it from the PlayStore, it’s free.

New year, new launcher. If you are tired of your somewhat flat proprietary launcher, rely on ainterface in Material Design complete and functional. Google Now has all it takes to be your next launcher. Functions from Research, speed and integration on Google voice services they will make you forget your old launcher.

If you don’t have a new terminal, this is the fastest way to bring the iAndroid 6.0 Marshmallow interface on your phone. Try it, download it from the Google PlayStore today.

You will like this one. Try it and then comment for yourself. The advent of modern mobile operating systems and the desire to replace Personal Computers has led to a simultaneous management of system aspects by creating a multitasking interaction between applications.

However, the possibility of being able to interact simultaneously on such a small screen, such as that of a smartphone, leads us to reconsider the use of the interface. Does anyone know how the system works notification Facebook Messenger? I explain it for all those who are not aware of it and do not use it on the phone.

Facebook Messenger use a popup in “bubble floating”Which can be opened with a simple tap and moved to a desired portion of our display space from any screen. Well, Pintasking whatever. An easy system with proven multitasking properties.

The ideal system for interacting with multiple applications at the same time without having to exit the screen we are in to open the application that interests us. Full of animations, functions and customizations. It will be like pressing ALT+TAB up Windows. Unmissable.

The best app of 2015. Established as a worldwide communication channel, it allows to broadcast in live streaming video and absolute live events from your android. It will be like having your own TV with an audience and followers. At the end of the live broadcast your followers can relive the experience and comment within the next 24 hours before the content is deleted.

Manage your notifications from your Twitter network and freely choose to create a private or public environment for your live shows. With Periscope the protagonist is you.

It’s not a joke. Apple Music it’s also on android. Certainly not yet as optimized as the competition (see Spotify And Google Music) but will give rivals a hard time during the course of this 2016. Create your favorite playlists, Listen to the radio and connect with your favorite artists from your Android phone.

The function of a smartphone differs from that of a common telephone precisely in the fact that it elects the automation of all boring operations as the operating standard. Having to manually intervene on every little aspect does not make a smartphone what it is.

The creators of IFTTT DO. Through their series of software, in fact, you will be able to automate anything based on the elementary iteration IF-Then-Run. You can create a truly limitless series of operations ranging from setting the thermostat to setting the status of the ringtone and connections.

Listing all the available functions would be unthinkable, that’s why we refer you to the official page that will clarify your ideas in this regard.

There are three more from the same developer applications Android:

During 2015, applications were released that denote the intention of the creators to bring their software products within the confines of mobile devices.

Microsoft and Adobe in particular they released a series of Android 2016 app which, although not fully included among the best android apps 2016 they deserve an honorable mention.

Microsoft Word, Excel and Powerpoint are PC software transposed to the mobile environment provided free by Microsoft as an office suite for the public of the green robot. Software highly appreciated by the public especially for productivity on tablets.

Adobe Photoshop Lightroom and Adobe Premiere Clip, on the other hand, have been appreciated by video-makers as advanced photo-video editing & compositing tools.

Certainly during the course of this new upcoming year we will have the opportunity to see new applications that will be accompanied by further forms of progress in the hardware field that will extend its functionality. We will see what happens in this regard. In the meantime, we can only offer you what, in our opinion, are the best Android apps 2016.

Change Whatsapp number on Android and iOS without losing anything

On this occasion we would like to greet you and wish you all the best for a Happy Christmas and a wonderful New Year. If you liked the article, share it on social networks with your friends and leave a comment on what other applications can be associated with those present.