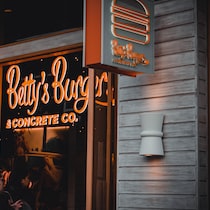 All upcoming games of Ubisoft will be available on both PlayStation 5 than on PlayStation 4but obviously on PS5 titles will be optimized through free updates. Who will play on the new console Sony will in fact enjoy a number of technical benefits and in a post on his blog Ubisoft wanted to offer a future look at what users can expect.

Watch Dogs: Legion for example it will include raytracing and will use the “Tempest 3D Audio” engine to make the virtual London that is the background to the game even more alive. Loading times will also be shortened, while adaptive triggers will be used to elevate “high voltage moments”.

Then, there is Assassin’s Creed: Valhalla, which will not have raytracing, but will run at 60 frames per second in 4K. There is no mention of adaptive triggers or haptic feedback in the DualSense, but there is the promise of Tempest 3D Audio support and faster load times. Immortals Fenyx Rising it will have more or less the same treatment, although it will apparently leverage the new pad of PlayStation.

More games on the horizon, including Far Cry 6 And Riders Republic, they will each run at 60 frames per second in 4K on PS5, so it looks like it will be a recurring thing for cross-gen versions. Overall, it looks like solid support from Ubisoft, something not to be taken for granted, remember that Electronics Arts will completely lose the launch of the new Sony console.

Omega 3: 6 Benefits We All Should Know

Health: Reducing meat in the diet leads to a number of benefits