Transhumanism: advantages and disadvantages of the possible future of humanity 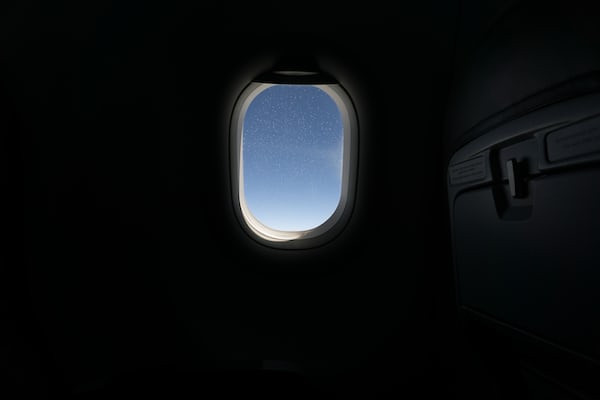 Transhumanism: advantages and disadvantages of the possible future of humanity

Our society, culture and world are in constant process of evolution. As science and technology advance and unlock new knowledge, humanity changes to adapt to new comforts and realities. A current of thought indicates that all of these changes will eventually lead us to enjoy the benefits of something known as “transhumanism”.

According to these approaches, the cultural movement led byunion between technology and man sooner or later it will lead us to transcend the barriers of the “natural”. A detail that could lead humanity to another evolutionary point where change is not driven by our biology, but by our mind.

Today there are endless debates on the transhumanism, about the benefits it promises and the new problems it could cause. To understand a little more about this whole situation, let’s see what such a concept implies, what are the promises it makes and what fears it arouses among its detractors.

Since the 1950s, the concept of transhumanism has haunted our society. Indeed, it is established that it is born specifically in 1957after the biologist, writer and evolutionary humanist Julian Sorell Huxley wrote an article in which he first introduced the term.

Since then, both the term and the cultural, intellectual and scientific movement it represents have evolved. In the mid-twentieth century, it seemed to present an idea of ​​a distant future too strongly influenced by science fiction. Now, at the beginning of the 19th century, it presents us with a reality that we could start living sooner rather than later.

Initially, transhumanism represents a current of thought that sees the concept of “natural” as something problematic. In this sense, he affirms that humanity’s moral duty is to use its intellect and the tools at its disposal (such as technology) to improve the physical and cognitive abilities of the species.

In this way, our new knowledge, skills and tools would be applied to eliminate unwanted and unnecessary aspects of the human condition. As an example, therefore, we talk about the possibility of reduce poverty, disease, disability and malnutrition around the world.

But, in general, transhumanism offers how three main advantages address and improve longevity, intelligence and human well-being. All this through the development of methods to avoid aging, disease and pain. At the same time, one would seek the constant obtaining of pleasure or satisfaction and the increase of intelligence through aids such as medicines, new technological gadgets and others.

Temperatures too high to bear: a worrying future

Although, in essence, it appears that transhumanism is only trying to increase benefits that humanity can obtain through technology, not all people are thrilled with the idea. Indeed, even now there is an eternal debate about what the “fusion” of man with machines really represents and how that might affect us in the future.

Such a notorious difference of perspectives it depends on the lens with which the arrival of transhumanism is seen.

Body and mind will be on a whole new level

To begin with, it is impossible not to mention the changes that both our body and our mind could have in the medium term. On the one hand, all of our physical abilities could be improved through technology. This will involve not only the use of implants, prosthesis and gadgets to fill the gaps, but to increase our skills. In this way elements such as contact lenses that allow us to take photographs, translators implanted in the ear to understand any language and even exosuits to improve all our physical abilities will enter our life.

Oceanbird: the future of wind-driven cargo towards sustainability

As if this were not enough, the use ofgenetic editing in the future it could result in new generations of improved humans. That is, with less chance of developing congenital diseases and with better health in general. On the other hand, we may finally be experiencing a reality in which we move at the speed of our thoughts. By any other means, written or spoken, we can communicate only as fast as our mouth or hands allow.

Another of the benefits that will come from transhumanism will be a better way than interact with our environment. On the one hand, more “gamification” strategies will be developed aimed at transforming possibly boring processes into fun and even amusing experiences that offer a sort of gratification to those who execute them, like when we play a game we like.

On the other hand, with the proliferation of technologies such as virtual reality and augmented reality, the way we see the world could change. Tools of this kind could be used to make us more empathetic, and to understand more easily the complicated situations of people at risk in the world, since virtual reality could “take” us there to live almost everything in our own flesh.

In addition to everything else, we will also find a new level of customization. In it, not only our opinions or behaviors on the web matter, but our emotional responses could also be taken into account. In this way, the algorithms they could learn as never before what we like and what we don’t, to be able to adapt as the case may be.