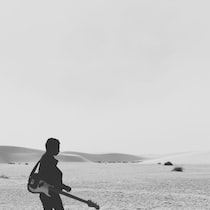 It’s still early for a playstation 4 emulator, a console that is still in the homes of many users waiting for PlayStation 5 to lower its price or for availability (or both). But tests have already been carried out on an emulator that has been able to run a couple of games of this console.

this emulator ps4 has been developed by red-prig and is at a very early stage, although it has already been able to run two titles that are Sonic Mania and We Are Doomed. Sonic Mania, which is a game that does not require many resources, has been run and play it as normalwhile We Are Doomed simply could be executed, being impossible to play him. Sonic Mania has even managed to maintain a rate of approx 50fpsYou can see a test in this video.

The emulator is free and can be download from GitHub and it is made in PASCAL, so a compiler for this language is needed together with a Windows 7 64-bit operating system or higher, 64-bit processor with support for AVX2 and a graphic compatible with the Vulcan API. This project that seems to have started as fun can become interesting if it starts receiving updates and is able to run more titles on this console.

Windows 11: so you can eliminate the login screen when you turn on your PC or laptop | tutorials