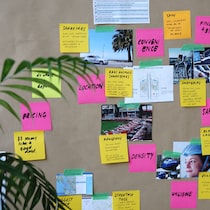 Xbox renews the catalog of its platform with already confirmed titles and several surprises.

Xbox continues to give us excuses to play video games, and we continue to welcome them with open arms. Your Xbox Game Pass continues to win over an ever-increasing number of gamers, but this only serves as a push to introduce even more adventures to the service. That is why from Redmond they are already welcoming the month of June with the 6 new landings of their platform.

Seeing Assassin’s Creed Origins and For Honor: Marching Fire Edition on this list comes as no surprise, as Xbox already teased their introduction last month. However, the company also seduces us with fast-paced experiences like Disc Room, where we put our reflexes to the test with levels full of edges, Chorus, one of the most ambitious space shooters in recent months, and Spacelines from the Far Out, a roguelike cooperative on airlines in space. Next, we leave you the list of the titles that open the month on Xbox Game Pass.

As usual on the platform, the Xbox Game Pass news forces us to say goodbye to other games. On this occasion, the service leaves aside experiences as applauded as Greedfall, Darkest Dungeon or Limbo, although they are not the only titles that abandon the famous Xbox proposal.

Yakuza Kiwami 2 is coming to PC