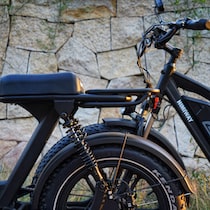 Samsung will integrate AMD Radeon graphics into its smartphones

The qualitative leap is expected to be towards gaming and high-definition content in 1080p format. In fact, it is already known that the processor of the new console will continue to be a PowerPC processor with multiple cores and it is also known that the integrated graphics will be manufactured by AMD and that it will go into production later this year.

Some point out that the new console could have a graphics chip similar to a Radeon 6670, but they forget important aspects such as the integration of eDRAM, which was one of the factors that made the Xbox 360 the console with the best graphics of this generation.

Photos show front and back of Xbox Series X.

The new console will be 6 times more powerful than the current one and will introduce new features such as 3D playback and high definition handling with much more ease. A second generation of Kinect controllers is also expected. Until 2013, the date for its launch, we will have a lot to talk about the new Microsoft console.

Moon: the oxygen on which future lunar colonies will be based