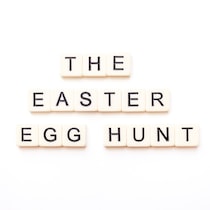 The Witcher 3: Wild Hunt gets a free upgrade on PlayStation 5 and Xbox Series X

We are in a time when nerves are on edge due to the imminent appearance of the 3 new majority consoles: XBox 360, PS3 and Nintendo Revolution. Many eager fans browse trying to locate specifications of the new machines, well, today we know that the graphics processor of the XBox 360 will be the R500 designed by ATI, exclusively for said console. It is interesting to note that the developers work on the MAC G5 system with the new graphics chip in this case.

Through an agreement between Microsoft and ATI, the latter will design the model and pass it on to Microsoft to be produced by IBM. It is expected that this will be done shortly since Microsoft intends, with all certainty, to be the first to launch its console on the market to try to gain a favorable position against its two fierce competitors. However, with the passage of time, this initial advantage could be rapidly reduced since the level of competitiveness offered, and will be offered, by its rivals, especially Sony (PS3), is very high.

In this case, Microsoft changes from Nvidia (NV30 – XBox) to ATI (R500 – XBox 360), it is early to know if the change will be favorable, whatever certain communities say, it is best to wait and see for ourselves. Surely it has something to do with the fact that Sony is going to work together with Nvidia for its new console: the PS3.