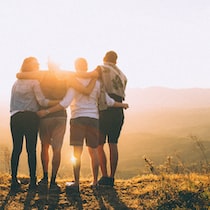 Much has been said about the performance of the two main players at E3 last year. Regardless of your point of view, it’s no secret that Sony’s super system has become a hit when it comes to numbers. And while it certainly wasn’t the most crucial element, the PlayStation 4’s significantly cheaper price can certainly take a lot of the credit for it.

Players were obviously excited that they wouldn’t have to shell out extra money, but what about Sony? Well, Scott Rohde, the company’s head of software product development, recently stated in an interview that he can vividly remember the Xbox One price reveal. “I’m not going to lie. I remember exactly where I was,” the executive said. “We were at the press conference rehearsals last year. We had a feeling they were going to go in at $499, but we weren’t sure.”

There will be Xbox 360 Black in April

Also, the big shot said that he and his team were very excited when they heard the news. “So yeah, we were dancing in the aisles and high fives. It was great,” he continued. “Anyone who came in for an interview, no matter what the question was, they could always answer it with $399. It was the answer to all questions.

Did the price of the PS4 influence your purchase decision, or was it always going to come down to software?

Graphene: an instrument can reveal its mysterious properties