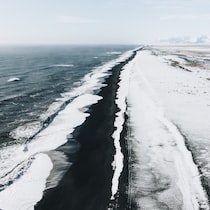 iPhone 8: Apple could start between October and November, no delay

From a tweet from MingChiKuo, a reliable tipster, we can echo that the next iPhone 14 will retain the 5 nanometers in their Apple Bionic A16 processorsand the quick reason why this is so is simply because 4 nanometers don’t have enough of an advantage over TSMC’s N5P node, an enhanced 5-nanometer node.

Nevertheless, the fact that the new processor is called Apple Bionic A16 could be something derived from marketingbecause logically the users would not perceive the progress if the chip was called the same as its predecessor, and at the end of the day, the A16 does come with architectural improvements that improve its performance, so the node is not everything.

According to the information provided by MingChiKuo, the Apple M2 processor will encounter the same technical limitations as the A16, so it is very likely that it will also hit the market on the TSMC N5P node instead of the next 4-nanometer node.

In any case, it is expected that the Apple Bionic A16 has a higher performance than the Bionic A15 currently has, but until the day of his presentation arrives, we will not know for how much.