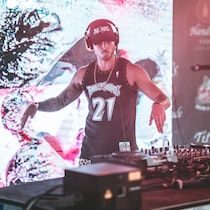 Apple: the new seasonal colors of covers and straps arrive

The arrival of the next AMD Radeon RX 7000 Series is expected for this year 2022. This new graphics line will debut the AMD Navi 33, Navi 32 and Navi 31 GPUs, the latter being the most powerful variant that we may possibly pour into supposed AMD Radeon RX 7900 XT or similar models, if AMD maintains the current nomenclature.

The Navi 3X GPUs will release the next graphic architecture AMDRDNA3, making the leap from the current RDNA 2 that has been on the market for two years. The latest rumors say that the most powerful model, Navi 31, will have a 384-bit memory interface, going up from the 256 bits used by Navi 21, which means that if they use 20 Gbps GDDR6 memories, we will have 960 GB/ s of bandwidth.

In case of using memories slower than 18 Gbps, the bandwidth would remain at 864 GB/s. But, in any case, thanks to the use of memory infinity cache we would have much higher bandwidth in cases where that cache was used.

The source of the affiliation is none other than Greymon55, a “leaker” with a long history of leaks related to graphics cards, so we can give him some credibility in the sector.

It is expected that the Navi 31 GPU will be made up of different modules or “Chiplets” manufactured at 5 and 6 nanometers, (5nm for the GPU itself, 6nm for the L3 cache and placed on a layer of 65nm from TSMC that interconnects everything at 4 TB/sec.