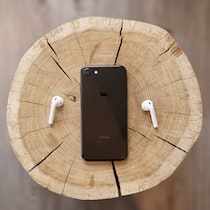 A new Opteron processor for compute-hungry servers and workstations. These new 45nm processors are made up of three quad-core processors in the same die and will make up the new Opteron 6000 series. Their frequencies will range from 1.9GHz for the most basic model, to 2.2Ghz for the most advanced model.

In terms of consumption, the new processors, socket 1944, will have consumption that will range between 85 and 140 watts. Without a doubt, processors oriented to applications where massive computing power is something much more important than energy savings.