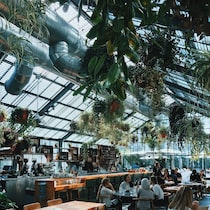 Apple is three weeks behind with the development of the iPhone 14, and contrary to what might be expected, this delay is not due to any kind of technical complication, but it is due to the confinements that have happened recently in Chinaas we can read in GSM Arena.

As we read in the post, Foxconn, Pegatron and LuxShare Precision Industry are the three key suppliers for the next iPhone 14, and saving Foxconn, the other two companies are suffering from slow reopenings at their factories in Shanghai. According to some rough calculations, these delays will cost Apple about $8 billion.

How to reset password on iPhone X when it is locked

Based on releases of existing iPhone models, all terminals have reached their EVT phase (Engineering Verification Test) in June or beforebut this delay of about three weeks could affect even this validation stage, which ensures that the design is fully functional and has no flaws.

Apple’s goal, as always, is to have mass manufacturing up and running by September of this year, but it remains to be seen if this will finally be the case this time or the release of the iPhone 14 will have to be delayed.