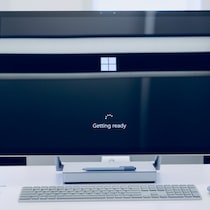 Windows 10 will arrive in April: that’s when

The new processing is framed within the OMAP4 family and they are full system chips initially oriented to tablets but that we will surely see in conventional formats thanks to the introduction of Windows 8 next year. They have a working frequency of 1.8GHz, they have two dual-core Cortex-A9 processors, another pair of 266MHz Cortex-M3 processors for multimedia issues and the new PowerVR SGX544 as a graphics engine (promises 2.5 times more power than the current graphics) with the ability to run DirectX 9, OpenGL ES 2.0, OpenCL 1.1, etc.

The new processor is capable of driving QXGA resolution displays (2048×1536 dots), support for HDMI 1.4a with 3D and driving up to three high-definition displays simultaneously. It is capable of driving DDR2 memory up to 466MHz in dual-channel configurations and is pin-for-pin compatible with other currently shipping processors such as the OMAP4430 and OMAP4460 models.

These processors should be available in mid-2012 and are directly targeted to appear in some of the first devices designed for Windows 8 due late next year.