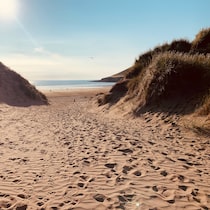 This, but for 48 hours straight

It’s been a long, hot summer week for this Associate Editor. The android-like boss, Sammy, left his post to run away on a country vacation, but somehow we’ve managed without the place burning down or exploding, and you know what that means. In fact, it’s time to put your worries aside and relax by playing some half-decent games over the weekend. Here’s the deal: we’ll show you ours as long as you promise to show us yours.

This weekend I will take a trip to anime land as I smash my way through Dynasty Warriors: Gundam Reborn and find my sea legs in One Piece: Unlimited World Red in order to bring you great reviews. The problem, however, is getting away from the giant robots and copious amounts of explosions to make any headway with Luffy and his crew. As if two great content titles weren’t enough, I’ll also add some gratuitous violence to the colorful mix with the Killzone: Shadowfall Intercept co-op component. Maybe he’s just pretending the backpacks are mobile suits or something.

After a series of 4AM starts and late bedtime, my emotional constitution is so weak that popping a balloon would probably make me cry and punch his face. With this vulnerability in his ability, I think I’m in a prime position to dive into the bleak dog sim, Valiant Hearts: The Great War. ****, just thinking about that sad combination of dog and sad music is enough to bring tears to my face. The tissues are ready, boys.

I’ve been revisiting Another World – 20th Anniversary Edition, predominantly with an interest in this week’s PlayStation 4 launch, but also digging through my old gaming magazines to reflect on how the game was first received in the early 1990s. ninety. I’m tempted to download it to my PlayStation Vita as an added bonus, because a portable version will come in handy this weekend, and the cross-buy option is always appreciated.

The trailer for Brave Hearts: The Great War at this year’s E3 has struck a chord with me, so I’m looking forward to deciphering Ubisoft’s little handiwork this weekend. I’ll also be facing something far less exciting as I take a break from restoring my old Commodore Amiga A600 to play the immensely fun platformer Ruff ‘n’ Tumble.

He had originally planned to spend this year’s summer drought trying to get 100% completion on watchdogs. Unfortunately, that game is about as interesting as a pot made entirely of cardboard and sand. So instead, I’ll try to finish the open world hackathon as quickly as possible to change it to Murdered: Suspicious Soul. In this way, I will exchange the iconic cap for the humble hat, and restore peace and balance to the universe.

This weekend will be dedicated exclusively to the fight against delay. My epic fight to get the Concepcion II platinum in my first run is drawing to a grand conclusion. It’s also good, as I’m quickly running out of names for all my children. Feel free to refer anyone – especially twins – and I’ll post your child on my Twitter. My Tales of Symphonia co-op run will also be bit by bit throughout the evenings, especially as the plot is hitting the fan.

Having just finished Valiant Hearts, which I loved, I think it’s time to play a couple of the games I got from the Steam Sale . It’s great to collect games on Steam, but I want to play some of them!

I’m going on a cruise to various places in Europe starting next Friday , so before that, I’ve finally had some fun dishing out justice with Batman: Arkham Origins and I hope to finish it this weekend. I also rented Transformers: Rise of the Dark Spark and am really looking forward to seeing if it will measure up to the epic and underrated games from High Moon Studios. However, I have a bad feeling that it won’t…

Tests done and dusted off, I’m going back to gaming full time. This weekend I will play against Rayman Legends. Rayman is one of my favorite characters, and he was also the star of one of the first games I played on both the original PlayStation and Gameboy Advance. The second game I’m going to enjoy is Fez, as it’s currently discounted for all PS Plus members.

Play Overwatch Early and beat the game on PS4

And good? What are you waiting for? Get in the comments section and look for a friendly conversation. Whatever you plan to play,