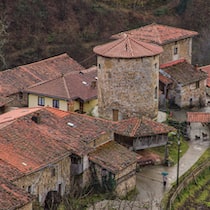 The new “all in one” from Lenovo arrive in Spain

holding on to a hero

Although you can find a PlayStation 4 if you search here in Spain, the console is far from available. The system has been out of stock at most major online retailers since early March, and that has been reflected in software sales, which have suffered a drop in recent weeks. In fact, it appears that lack of availability has temporarily hampered Sony’s early success in the region, as the Xbox One has been outselling its competitor’s machine for four weeks.

The stat comes courtesy of industry publication MCV, which adds that Microsoft’s recent price cut, coupled with the release of Titanfall, increased sales of its next-gen machine by 96%. However, the Japanese giant remains far ahead in the region, seeing its own 72 percent rise thanks to last week’s new offering.

It’s also worth noting that more copies are arriving on these shores this weekend, to coincide with the release of the superhero sequel inFAMOUS: Second Son. A new hardware bundle with a copy of the exclusive title has been available since the beginning of the year, and it’s rising on the online sales charts. It will be interesting to see what impact this has on the PS4, and if the Xbox One can keep up.

Amazon is unstoppable: crazy discounts ahead of Christmas

Apple Maps: that’s why the Cupertino service is ahead of the others