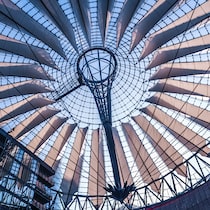 Whether or not Sony will delay the PlayStation 5 until 2021 is a question on many people’s lips in the current climate. Will the world have recovered from the Coronavirus epidemic by the time the next console launch is planned, or is it a situation that will last until next year? We don’t have the answer, but Sony keeps reiterating that the PS5 release date is still holiday 2020.

In a new report from Bloomberg focused on the hardware maker, it is claimed that Sony may have a portion of profits wiped out by the Coronavirus along with the possible delay of an expected earnings report for April. As for the PS5, Bloomberg says: “A Sony spokesperson said that he doesn’t see any noticeable impact on the launch of the next generation of its PlayStation 5 game console planned for later this year.” If that rings true, then we’ll get our hands on the console’s new high-speed SSD, 3D audio, and PlayStation 4 compatibility in about eight months. If you’re wondering how the PS5 compares to Microsoft’s Xbox Series X, go ahead through the link.

Sony shows the details of the Xperia Tablet Z

This is the second time in the space of a week that the Japanese giant has reiterated the 2020 holiday launch window, but as the number of reported Coronavirus cases continues to rise, we are finding it increasingly hard to believe. Do you still think the PS5 will launch this year? Make a prediction in the comments below.

Microsoft is about to release a new browser for Android