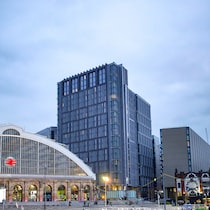 There will always be more pressing concerns when it comes to the Coronavirus epidemic, but one of the aspects that the virus will impact the video game industry the most is release dates. Those Who Remain, from independent publisher Wired Productions, has already been delayed, and we expect more PlayStation 4 titles to follow in the near future. This puts us in a situation where The Last of Us: Part II could be pushed back yet again, however, according to Sony at least, it hasn’t had any issues yet.

In a new statement posted on Sony’s official website, the company said: “Although no issues have arisen thus far, Sony is carefully monitoring the risk of delays in production schedules for game software titles in both its first-line studies as well as associated studies, mainly in Europe and the United States». It also does not expect the Coronavirus to have a material impact on the business for the current fiscal year.

It’s positive news that the hardware maker hasn’t had any issues at the time of writing, but we’re not that optimistic. With Naughty Dog employees working from home following controversial allegations of a sustained meltdown at the studio, we’re hard-pressed to see how the next PS4 exclusive can release in just two months. Ghost of Tsushima has a bit more room to breathe, while Final Fantasy VII Remake has already gone gold, meaning those two titles are in much stronger positions. However, we do care about The Last of Us: Part II.

Do you think any upcoming PS4 exclusives will be delayed? Make your prediction in the comments below.

Why is there a risk of COVID-19 infection after being fully vaccinated?

Long Covid could increase the risk of Alzheimer’s