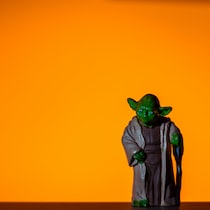 Star Wars: Knights of the Old Republic Remake will be exclusive to PS5 at launch

Sony debuted a new commercial for the PlayStation 5 this week, and it’s already racked up nearly two million views on YouTube. However, with the PS5 price and release date still under wraps, there is still a big question mark as to whether the device will roll out this year as planned. The platform owner has stated on multiple occasions that it remains on schedule for the Holiday 2020 launch, but there are many who have their doubts.

However, speaking to GamesIndustry.biz this week, marketing hotshot Eric Lempel provided a brief update: “We’re working together. We will release this year – that will happen – and from my point of view, we will make sure to bring all the magic and all the excitement of the releases that we have had in the past.

Elsewhere in the interview, Lempel suggested that the PS5’s launch window will be the “best lineup” in PlayStation history, which we assume is a relatively empty statement from a marketing bigwig, but based on all the PS5 games announced so far, we think he may be right. We expect to learn more about the next-gen system next week.