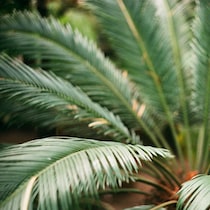 During the global Livestream event of Sony on September 16, which showed the new technology PS5 In all its shining 4K glory, a new company of rookie developers, Portkey Games, showcased the illustrious and much-loved Hogwarts, the school of magic from the famous saga Harry Potter. Almost ten years after the last film, Rowling’s magical world is back to being current and she does it in style, with a game exclusively for the new Playstation 5. Let’s find out more.

A short trailer showed the familiar Hogwarts castle filled with mysteries, magic and dangerous creatures, although we don’t really know what to expect from this game, both in terms of story and gameplay. If we had to guess, it looks like it could be a game of RPG type which will make you build your student to face the magical education system, wand ready, to enjoy an adventure similar to the famous Harry Potter. Taking lessons could improve your skill stats in certain spells, while defeating monstrosities could provide you with ingredients to improve your potions as you play.

The protagonists and characters will not be those of the films or books, therefore, but completely new. It is up to us to create the protagonist and his social relationships with other people. There will be one own story, obviously with adversity and enemies to be defeated. It is not yet known whether it will be a single player only game or with the possibility of playing online with your friends and other people around the world.