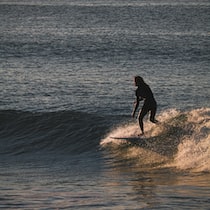 Great Scott! Telltale’s Back to the Future travels through time on PS4

Serious Sam is a FPS series developed by Croteam and born in 2001 with Serious Sam: The First Encounter. The game immediately gained excellent acclaim from players for its irreverent humor and strongly lighthearted gameplay anchored to the classic 90s how Doom And Quake. So all kinds of weapons, secret areas to discover and hordes of enemies to take down are the order of the day in Serious Sam. The franchise is also heavily inspired by Duke Nukem whose protagonists share not only the appearance of the typical “macho” hero in defense of the Earth, but also their irreverent in-game jokes.

Croteam has packaged over the years of HD reinterpretations of the first games then gathering them in a collection released on Xbox 360 in 2013 from the name Serious Sam Collection. The compilation includes the first games in the series: Serious Sam HD – The First Encounter, Serious Sam HD – The Second Encounter And Serious Sam 3 – BFE. The collection also includes expansions The Legend of the Beast And Jewel of Nile releases respectively for the second and third installments of the series. Six years later, Croteam has finally decided to bring the series to current-gen by publishing the Serious Sam Collection on PS4 (the version we tested) e Nintendo Switch.

E3 2015: Dishonored: The Definitive Edition sneaks onto PS4 this fall

Serious Sam being a son of the 90s picks up a bit the classic FPS plot of that period. Earth discovers ancient alien artifacts, but as she travels through the galaxy she encounters a warlike alien race that declares war on humanity. In the first chapter, The First Encounter, Sam Stone travel back in time to Ancient Egypt to defeat the aliens even before their invasion. The journey then continues in The Second Encounter among the Mayan temples. Finally, the third chapter – BFE – tells the story before The First Encounter during the invasion of the aliens on Earth with Sam Stone intent on finding the ancient relic which will then allow the hero to travel in time.

The gameplay behind the titles contained in the collection is very simplisticbut that’s what it is makes them perfect to play with the brain off, perhaps for some sporadic games. In fact, all Serious Sam run on killing hordes of aliens and accumulating points, a purely arcade experience that, as already mentioned, refers to the classic FPS of the 90s. The First Encounter and The Second Encounter are probably the spearheads of the Serious Sam Collection. Obviously the signs of aging are clearly visible, but the developers have integrated new textures and widescreen support ultimately managing to offer an artistic sector that holds up despite the weight of the years. Also the framerate results pretty solid and fixed at 60 fps even in the most chaotic moments.

The weak link in the chain

No negative points therefore for the first two first chapters plus the annexed expansion of the second that they are still fun to play todayleaving out depth and narration in the face of the simple taste of cheerfully slaughter hordes of aliens without too many frills. Sore point however for BFE, the latest title in the collection. It is in fact considered by fans the weak link of the series. The chapter diverges greatly from the nature of the first two, introducing a stronger narrative imprint, a more reasoned gameplay that puts a stop to the constant hordes of enemies of the first episodes, and a much slower weapon progression system with limited choice, at least in the early stages of the game.

Technically speaking, BFE boasts a decidedly more dancer framerate especially at times when the on-screen action becomes more intense. The colors are also quite dull, more grayAnd the resolution is clearly lower I respect the other games in the compilation. In short, Serious Sam: BFE has not been well optimized to run on consoles. Beyond this, the Serious Sam Collection still remains an excellent title, especially in quality / price ratiogiven that at the price of € 29.99 we take home three games plus two expansions for a total of hundreds of hours of fun. So if you are looking for a crazy and fun FPSwith a strongly arcade nature, to be played with the brain off, this compilation is definitely for you, especially for the price at which it is sold.

Serious Sam Collection certainly represents a great package at a great price. An FPS series daughter of the 90s with the first two chapters closer to the classics of the time, and a third more subdued which modernizes the gameplay a bit, but doesn’t quite hit the mark. However, all titles remain absolutely enjoyable despite the years that lead, to play with no frills with the brain off. Technically, the games are still attractive today with the exception of the third which unfortunately suffers from some technical shortcomings and a dancer frame rate. If you are a FPS fan and have never played any Serious Sam titles, you should really give it a chance and catch up one of the craziest and most irreverent sagas in the videogame universe.

Stuntman: Ignition is dangerous for PS4

Buy it on PlayStation Store