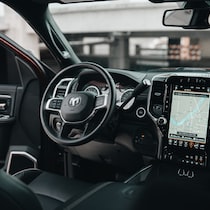 Samsung’s new Tablets, unveiled today, pack premium features in 8.9-inch and 10.1-inch screen sizes and are even slimmer than Apple’s offering. Both Samsung models are 8.3mm thick which is just 0.3mm thinner than the iPad 2.

Both models will integrate Android 3.0 Honeycomb with Samsung’s Touchwiz UX interface customization. Both models share a dual-core processor at 1GHz frequency, dual camera (3mp rear and 2mp front), Wifi-N, Bluetooth and an interesting screen resolution of 1280×800 that indicates a ratio of 16:10 in widescreen format.

We can find them in versions of 16, 32 and 64GB with Wifi and Wifi+3G versions. The prices are not spectacular but they are interesting since the 8.9” screen model with 16GB and Wi-Fi version will cost about 469 dollars when it is released in June. The 10.1” model in its cheapest version will have an approximate price of just under 600 dollars.

Reduction of isolation times to 5 days in case of contagion: experts explain why

Samsung Galaxy S21 + review: the most balanced of the series