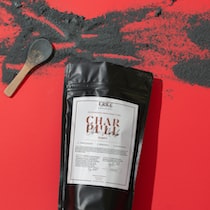 It seems that Samsung overestimated the demand for its terminalswell right now the company seems to have a total of about 50 million unsold terminals in stocksomething that accounts for several hundred or billion dollars in unsold components, something unusual in the middle of a semiconductor crisis.

In principle, as we read in Phone Arena, most of these terminals are cheap models of the Galaxy A range, but in principle there are also large numbers of high-end terminals like the Samsung Galaxy S22 and Galaxy Z Flip 3, high-value models that cost the company quite a bit of profit.

Having several million units in stock is normal for the company, but the concern is in the figure, Well, 50 million terminals is approximately double what they would normally have, about 27 million terminals in distributors without selling.

This can mean several things for Samsung, but to begin with, it is clear that with 50 million unsold terminals, the cost of manufacturing those terminals arrives, In addition to having to make a very careful calculation to prevent this situation from escalating, even affecting the price of the terminals.

The first 7.5 million galaxies in the most detailed 3D map of the universe