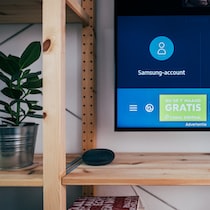 Samsung Galaxy S8: here are the prices of the version with 6 GB of RAM and 128 GB of storage

A group of hackers claims to have breached the iris scanner of Samsung Galaxy S8, the new top of the range from the South Korean giant. The news has been circulating for a few hours and has cast a shadow on the South Korean company, called for an official reply.

Samsung Eletronics has branded the hack that would have been carried out by the as “unrealistic” CCC (Chaos Computer Club), but is this really the case? Let’s find out together the official line of the Asian technological giant.

The biometric protection system integrated in the latest top of the range is too complicated to present concrete vulnerabilities, this is essentially the thought of Samsung about the violation of the iris scanner. A “complicated” system to repeat in the real world, the one presented by CC. Again according to the company, of course.

Samsung Galaxy Note 6 could use an IR laser focus

In addition to one infrared camera, hackers should have ahigh definition image of the subject’s iris in order to access his Samsung Galaxy S8.

The CCC team demonstrates how it is possible to obtain an image of the iris from a medium distance, therefore without alarming the unfortunate, then the road is downhill.

Samsung at first let it be known that biometric authentication has undergone rigorous testing in development, but the PIN however, it remains the best option for the security of your data.

The response from Samsung has sounded unconvincing to many users, we are sure that there will be more updates in the coming days.

Galaxy S8, here are the color variants with which Samsung may surprise us

A peculiar galaxy: hook-shaped and with a supernova

The very cheap Samsung Galaxy A03s is updated to Android 12 and One UI 4.1