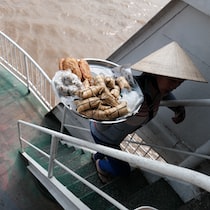 Samsung he just showed the secret sauce that makes hers Galaxy S21 Ultra so performing in the photographic field. We already know that the S21 Ultra’s 108MP camera is one of the highest resolution cameras found on a current generation smartphone. But a new video released by Samsung has revealed the HDR technology behind the device’s cameras which allows them to capture images with amazing colors and lighting.

The camera sensor’s “Smart-ISO Pro” technology is a bit complex, but in short fetch two images and combine the best parts into a final image. The two raw images are taken at two levels of light sensitivity, high and low. A sensor’s sensitivity to light is expressed as an ISO number, hence the name Smart-ISO. Samsung’s original version only allowed the camera to choose which layer was best for a given image, but the new Pro version allows you to combine the two levels as just explained.

The combination of images like this, a technique called HDR imaging (high dynamic range), is already an established part of smartphone photography. Offering this technology in a camera sensor is also nothing new, but Samsung’s method of implementing it on a smartphone camera is new and is why it is promoting it.

Photographs at a high level

The advantage is that they are obtained much more colorful, high-contrast images of subjects with large differences in the brightness of the brightest and darkest areas; let’s say a sunny landscape with dramatic shadows. This has typically been an area where smartphone cameras have been found to be weak, as the sensors are too small to capture large amounts of light naturally.

Samsung Galaxy S9: 9 features that will make the next top of the range unique

Although this sensor is in use on the Galaxy S21 Ultra, Samsung sells this camera to other companies as well. It means we may see other phones like it Xiaomi Mi 11 by the end of the year also use this ingenious method of photography. We hope to find a version of Smart ISO Pro on other Samsung cameras as well, so more basic models of future phones like the Galaxy Note 21 or the Galaxy S22.