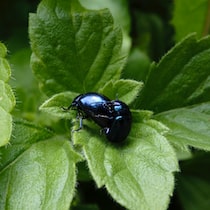 The owners of the mid-range smartphone, given that its list price in Italy is officially 199 euros but can already be purchased for less, Samsung Galaxy Core Prime they will be happy to know that the Korean company started releasing the update to the version a few hours ago Android 5.0.2 Lollipop for this device.

We currently know for sure that the new serial firmware G360FXXU1BOD9 is officially released in Poland for the corporate version SM-G360F; this means that even Italian users will be able to start receiving the update notification in a relatively short time, obviously we are talking about a few days at most in a week.

Day six of the Bol.com Black Friday 2020 event has started: LEGO and other toys

The new Android 5.0.2 Lollipop firmware for the Samsung Galaxy Core Prime has started its diffusion in Poland both via OTA (over the air) directly on the smartphone using the Wifi connection, and via the update software of the Korean company Kies.

With the arrival of this software version, users of the Core Prime will be able to take advantage of the renewed Touchwiz interface thanks to the animations and bright colors typical of Google’s material design, present the new interface and management of the notification panel, the new Lockscreen with active notifications (which allow you, for example, to reply to an SMS or a chat message directly from the notification without having to access the original application directly), new fixes to increase data security within your device, improved Wifi connectivity and management, generic performance improvements, and a number of small bugs fixed thanks to Google’s micro patches.

If you are an experienced user and you already know how to install a ROM on an android device via ODIN, you can download the Polish firmware with Android Lollipop for your Samsung Galaxy Grand Prime at your own risk via this link.

I remind you that Samsung Galaxy Grand Prime is a smartphone with a 5-inch diagonal display and a 960 x 540 pixel qHD resolution, it features a Snapdragon 410 quad core processor with four Cortex A53 cores operating at a maximum frequency of 1.2 Ghz, Andreno 306 GPU , 1GB of ram memory, 8GB of internal memory expandable with microSD up to 64GB, in terms of multimedia we find an 8 megapixel rear camera with autofocus and LED flash capable of recording video in FHD 1920 x 1080 pixel format, 5 megapixel front camera for selfies, videos and video calls of good quality, the classic Wifi, Bluetooth 4.0, GPS + Glonass + Beidou, NFC chipset, fm radio, USB 2.0 port, 2600 mAh internal battery, thickness of 8.6 mm and a total weight of 156 grams.