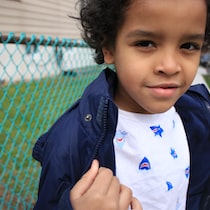 Batman: Arkham Knight’s recent delay proved more heartbreaking than Mr. Freeze’s backstory, but Dark Knight voice actor Kevin Conroy has hinted that you might not wait too long for the PlayStation 4 game. From an interview with GrooveyTV, the star apparently revealed that the title is due out in January, though it seems a bit soon after Christmas for such a blockbuster title.

“I have a massive game you might have heard of called Batman: Arkham Knight, a little indie game,” the legendary larynx pawnbroker joked as part of the video interview. “It was supposed to come out in January; we’ve been working on it for a year and a half and it’s still not done. So it’s coming out next January.”

Spain sales charts: PS4 has the best black Friday since 2013, the launch of the PSVR sales match

While we’re not entirely convinced that Conroy has access to accurate information about the long-awaited release window for the getaway, it’s not the first time he’s let out a secret. In fact, shortly after the announcement of Batman: Arkham Origins last year, he hinted that he was working on a different game in the same universe, which turned out to be the Rocksteady release. We want to believe in January, but we will have to wait and see.