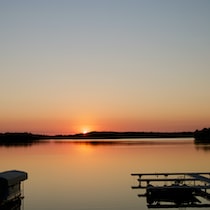 Last week, Telltale Games delivered impressive results on the first installment in the Tales from the Borderlands series, so can its much-hyped Game of Thrones spin-off achieve the same success? Surprisingly, not entirely, but the results of Episode 1: Iron from Ice aren’t exactly bad. A slow buildup seems to be the biggest complaint with this premiere, but with six episodes planned for the season, we’re sure it’ll pick up speed in no time.

Tough decisions, well-played original characters in interesting situations, and a strong, provocative ending kick off Telltale’s new Game of Thrones series in a fantastic way. Its side-story nature to HBO’s exposé means we won’t get to decide the fate of Westeros, but this introduction is compelling evidence that House Forrester’s future puts enough on the line that decisions matter.

Feature: What’s the status of DriveClub on PS4 a month after launch?

Telltale has successfully paired up again with a franchise that knows how to wring emotion out of its audience. Game of Thrones gets off to a slow but not uneventful start, with an almost unfairly large pile of teasing and promises for the next episode. The pacing is true to its source material (slow, taking its own time), but the payoff for the main scenes is well worth wading through. If the show makes you scream, the game will make you scream, because it’s hard not to get caught up in the struggle to serve and keep your house. It’s a game about family told in the perhaps less familiar setting of fantasy fiction, and in a way that will leave you sick with delight and sadness as the credits roll.

However, that narrative is the focus, and it is strong. If Zer0 Sum left me wanting to see future episodes of Tales from the Borderlands because things are going to get awesome, Iron From Ice does the opposite for Game of Thrones. House Forrester’s bad situation is only going to get worse. He feels like a punch to the stomach, and sets the stage for an intensely emotionally draining experience. Despite his flaws, he so far seems like Game of Thrones: A Telltale Game Series deserves its place in A Song of Ice and Fire lore.

Tattoo your PS4 with the theme of the Yakuza Remastered collection

Anyone new to the scene will probably get bored long before anything interesting happens. So far, Telltale’s game relies too heavily on previous investment in this world. All of this may be taking us somewhere interesting, and the final scene shows the kind of spirit and enthusiasm that is missing from the first two hours. But Iron from Ice is the beginning of a promising story.